For the members of the Class of 2018, it may feel as though high school has flown by and that they were just freshmen yesterday.  However, the current seniors have transformed from their 14- and 15-year-old selves into students prepared to graduate and take on college.  In a survey of 31 seniors, the students reported that they have changed overall an average of 7.87 on a scale of 1 to 10 since freshman year.  The seniors have also joined an average of 5.63 new activities since freshman year with the highest number of students joining leadership roles, honor societies, clubs, and theater activities.  Eight seniors shared their personal transformations with The Milestone below. 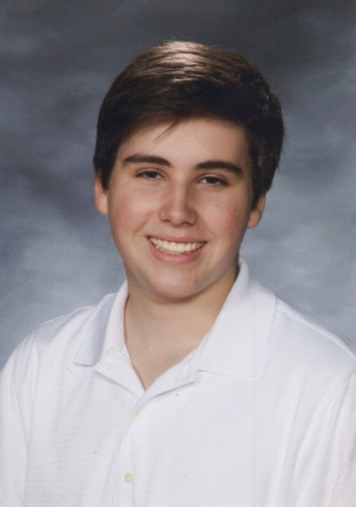 Since freshman year, Matt Baker said he has changed overall an 8 out of 10.  While his personality has changed, but he has not grown at all.  “I think I’m shrinking, actually,” Baker said.  He has started cutting his hair shorter, and he said he likes that he now has facial hair “even if it’s just from a lazy lack of shaving.”  Baker has joined Rocket Report and Service Club and began assisting with Camp Gaudeo at Guardian Angels, which impacted his outlook on the world around him.  “Camp Gaudeo has made me realize how I influence other people around me, especially kids,” Baker said.

Baker’s personality has changed “from straight introverted to extroverted,” he said. “I was very introverted and wanted to stay in my room rather than anything else.”  Over time, his friends have led him to become more extroverted and social.  Baker has learned that he wants to work in the film production industry because he enjoys making others happy.  “I’ve realized that I like entertaining people, and that’s what I’m going to try to do in my career.” 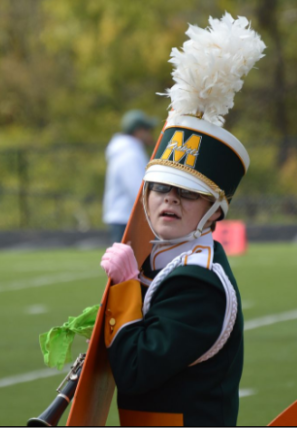 Lexi Gauger said she has changed a 10 out of 10 overall since she was a freshman.  She said her appearance has not changed as much as her personality, but she has let her hair grow out and looks a little different. “I was so adorable freshman year, what happened?” Gauger joked. Some of the activities Gauger has joined since freshman year include Student Philanthropy, Service Club, and ceramics, and she has become the president of Eco Club.  “Eco Club has forced me to be more conscientious about my ecological impact and to encourage others to do the same,” Gauger said.  She mentioned that service activities have also allowed her to become more sensitive to others’ needs.

Gauger said she is now more likely to speak her mind and more willing to make herself vulnerable in her daily life.  Since freshman year, she has become more engaged in finding her passions such as her desire to study and work in sustainable agriculture.  “Experiences like the Appalachia Retreat and Shanty Town caused me to examine my priorities and change how I act on them,” Gauger said. 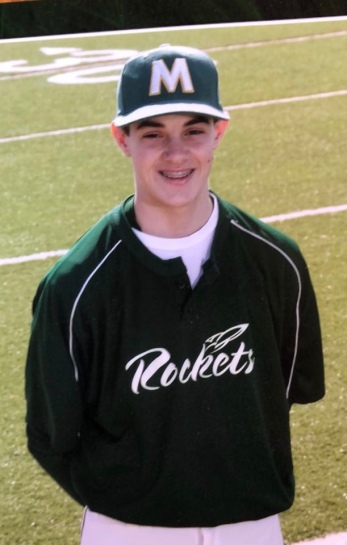 Mitch Kling said he has changed a 9 out of 10 overall from freshman year until now.  “I definitely look more grown up since freshman year,” Kling said.  He was one of 19 students to report that he has had a “glow up.” Kling has begun doing more charity work since he was a freshman and has joined ambassadors, leadership roles, and intramural sports.  “The activities that I have joined have helped me make stronger friendships with classmates and have helped me find who I am,” Kling said.

The situations Kling has experienced since freshman year have changed his personality and helped him learn “to be confident in everything you do,” he said. “I have also learned to think before [I] act,” Kling added.  During his junior year, Kling thought he wanted to study communications, but he gradually realized that he would enjoy studying business more.  “I found out what I am best at,” Kling said. 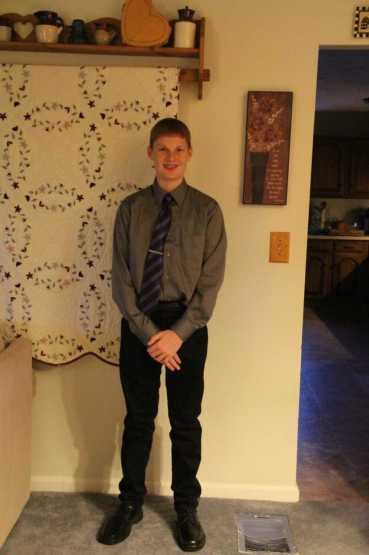 From freshman year until now, Brett Liming has changed a 6 overall out of 10.  Other than the fact that he has grown about one foot in the last four years, Liming said his appearances have not changed too much.  He has joined Student Philanthropy and the swim team since freshman year, but baseball has been the activity with the largest impact on him.  “It made me learn how to be driven and work towards a goal.  I didn’t play at all my junior year, so I worked harder so I’d actually be able to play this year, and it paid off,” Liming said.

Throughout high school, Liming has stopped worrying about what others think of him and started to be his own self.  He said he has begun to live his life the way he wants to live it without fear.  “I’m more open and willing to jump into conversations with people, and I’m not really that worried about what people think of me,” Liming said.  “I’ve learned that I’m actually appreciated for my contributions to this school.” 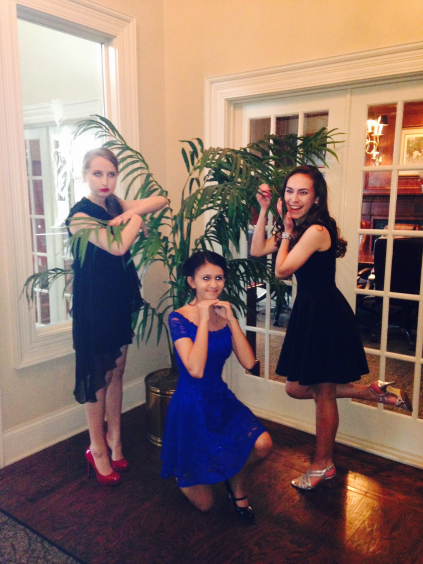 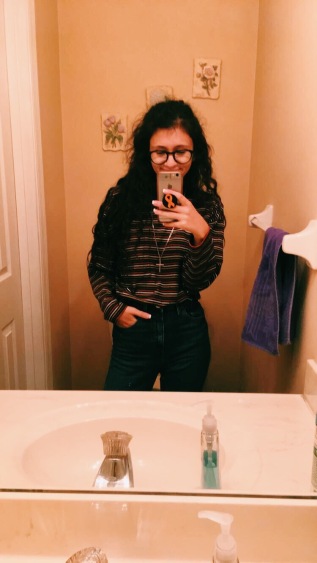 Francesca Lopreato believed her personality has changed a 10 out of 10 throughout high school, but her appearance has not.  “Honestly, I don’t really think my face has changed at all.  I got new glasses, but that’s all,” Lopreato said.  She said that her two favorite activities she has participated in since freshman year are photography and Kairos.  “I really love film photography, and I wouldn’t have known that if I hadn’t taken [photography class],” Lopreato said.

Kairos has had the largest impact on Lopreato’s outlook on high school.  “I’ve just met so many more people, and the amount of love I feel for everyone is so much,” Lopreato said.  “I’ve learned that there is nothing wrong with showing emotions.”  Lopreato’s personality also changed gradually before she experienced Kairos.  She said she became a louder person and more willing to voice her opinions when she needed to.  “I’ve realized to not be afraid to talk to more people,” Lopreato said. 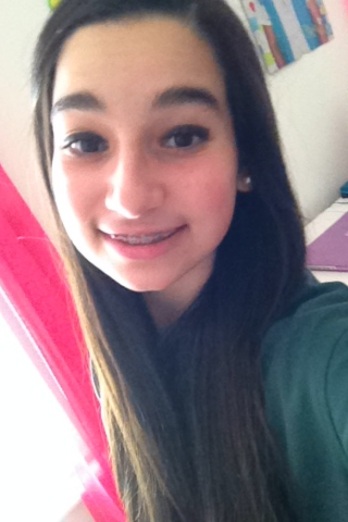 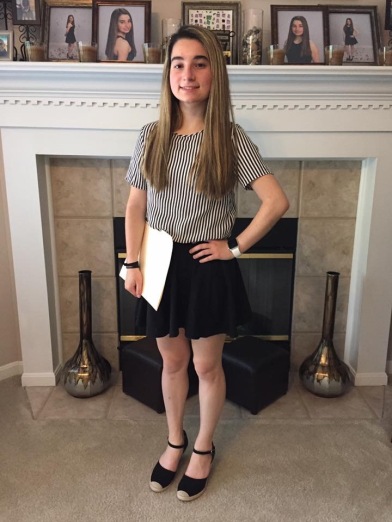 Veronica Menendez has changed an 8 out of 10 during high school in both her personality and appearances.  “I’m blond now, and I feel more confident about myself now,” Menendez said.  At McNick, Menendez has joined the ambassador program and became a Peer Mentor.  However, she said that joining the INTERalliance of Greater Cincinnati, a technology organization, has had the largest impact on her.  “INTERalliance has helped me gain a lot more knowledge for my future about computing and programming.  It has shaped me to have a focus on the future and professionalism,” Menendez said.

Menendez felt she has become more mature since freshman year and more willing to stand up for her beliefs.  “Freshman year I was a little bit shy at first, but as soon as I got to know people, I just let my loud personality out,” Menendez said.  She has also grown to be more driven and determined, and she has built both professional and friendly relations with others. 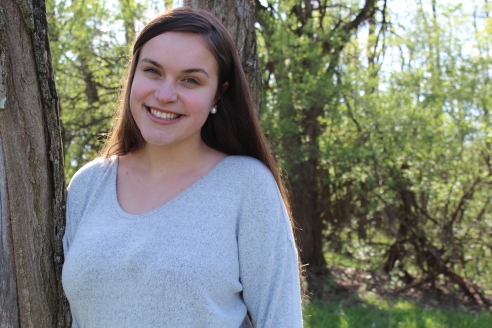 Eleni Molnar said she has changed an 8 out of 10 overall since she was a freshman, but mostly in her personality.  “My hair is a lot longer, but I don’t think I’ve gotten taller.  Physically, I don’t think I’ve changed,” Molnar said.  Molnar has assisted with the freshman and sophomore days of renewal as well as McNick’s activities with Cleveland Heights High School.  Joining theater has had the largest impact on her, though, because she has become involved as the co-head of costumes.

Molnar’s personality has changed over time, and she has become more outspoken.  “I’m more outgoing, and I stand up for others now,” Molnar said.  She has worked to build up existing friendships, make new friends, and find people who share her values.  She has tried to become a good friend for others as well.  “I make more of an impact in others’ lives than I thought I did,” Molnar said.