According to a recent survey by Time Magazine  35% of women around the world have been the victims of sexual or physical abuse.  Anorexia Nervosa and Associated Disorders estimates that 85-95% of people suffering from eating disorders are women. United Nations Population Fund reports that one third of girls in developing countries become child brides.

The root of these atrocities? Objectification of women.

Objectification: the viewing of people solely as depersonalized objects of desire instead of as individuals with complex personalities, desires, and plans of their own.

Turn on a TV and wait for the commercials. Keep track of all of the objectifying images. Don’t know how to tell? Use the CHIPS test. If the answer to any of these questions is yes, then the image is objectifying.

C: Commodity. Is a sexualized person shown as a commodity? Can they be bought or sold?

H: Harmed. Is a sexualized person being harmed or violated? Are they in a situation where they are unable to consent?

I: Interchangeable. Are the sexualized people in the photo interchangeable? Does the picture show a collection of similar bodies or body parts?

P: Parts. Is the whole person showing or is it only parts? Is their face covered or otherwise not visible? 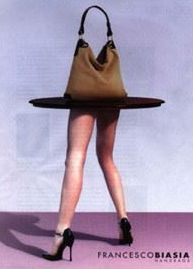 S: Stand-in. Is the sexualized person a stand in for an object? Is the human body in this picture being used as a table or chair?

Advertising companies are trying to sell consumers a product. What they’re pushing is the idea that women exist for the pleasure of others. Whether you realize it or not, these images affect how everyone views women. It’s true that women agree to be in these photographs, often under the guise of empowerment, but this could not be more harmful. Back in 2012, the Atlantic published a study examining the differences in the way people perceive men versus the way they perceive women. They found that both women and men see women’s bodies as different parts put together while seeing men as whole people.

This isn’t healthy for anyone. Dehumanizing women makes it easier to justify maltreatment. Women are dismissed and seen as incompetent, even if their qualifications are the exact same as their male counterparts. Girls self-objectify (see themselves in terms of how desirable they are to others) and place all of their worth in how they look, leading to problems like eating disorders. Arguably one of the worst consequences of objectification is that people become desensitized to violence against women. This leads to a staggering number of abuse and assault survivors as well as an epidemic of victim blaming.

Women are more than body parts sown together to be ogled. They do not exist to be used by other people. Frankly, it’s absolutely reprehensible that people choose to ignore the consequences of objectification or align themselves with a group fighting against the feminist movement.

Society needs to stand together against these gross injustices to set all women free from oppression. The world would not be complete without the contribution of women.

“I am not free while any women is unfree, even when her shackles look different than my own,” writer and feminist Audre Lorde in “The Uses of Anger: Women Responding to Racism.”