With the opening of a new year, many recording artists work to open a new chapter of their career. They release new music to kick-start their chart standing and provide the option to tour later on. There were some major hits this January, but here are the top five best new releases to add to your playlists. 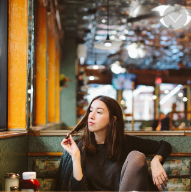 Emerging indie artist COTE may not have many tracks to her name, but she is still showing herself as a talented force in music. Her newest track, “Cruel,” was released on Jan. 18. “‘Cruel’ focuses on the darker side of optimism and the consequences that follow. Loneliness had left me vulnerable and willing to ignore… those closest to me,” COTE said to Noisey when the song released. “It was a frustrating and hurtful time that in many ways, I was responsible for…. I was left disillusioned but ultimately felt angrier at myself than anyone else.” The dreamy pop style of “Cruel” features a moderately slow tempo as well as ethereal vocals that don’t trample the music, showing COTE as an artist that understands the voice as an instrument. 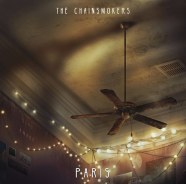 Fresh off the success of their previous hit single “Closer (feat. Halsey),” The Chainsmokers dropped “Paris” on Jan. 13. The track marks duo member Drew Taggart’s second stab at singing and unofficially features the vocals of Emily Warren. While the track unfortunately sounds overly similar to “Closer,” it is redeemed by its powerful message being revamped by a fresh and new angle in EDM pop style. The song follows the journey of a modern relationship between two people, ending with the commitment that if they go down, then they go down together. Interestingly, the song doesn’t focus on the city of Paris, but alternative definitions for the word. The Chainsmokers defined “paris” as “a sentimental yearning for a reality that isn’t genuine” or “an irrecoverable condition for fantasy that evokes nostalgia or day dreams” via their twitter three days prior to the track’s release.

Ed Sheeran released “Castle On The Hill” and “Shape Of You” on Jan. 6 as the first two singles off his upcoming third studio album, Divide (pictured), set to release March 3. The two cuts share a pop genre but feature electronic undertones, and both debuted in the Top 10 on the Billboard Hot 100 chart, making Sheeran the first artist to do so according to iHeartRadio. “Castle On The Hill” has a profoundly heartfelt and poetic style, debuting at No. 6, and “Shape of You” is more in the moment and inspired, debuting at No. 1 and marking Sheeran’s first Hot 100 chart-topper, iHeartRadio announced. The diverse styles and lyrics of the two prep the highly anticipated Divide to be Sheeran’s most eclectic album yet. “I really wanted to come back with those two songs to show the different sides to my music and what people can expect on [Divide],” Sheeran said in a statement according to the same iHeartRadio release. Saturday Night Live announced via their Instagram that Sheeran will perform on the Feb. 11 episode, where he will likely perform “Castle On The Hill” and “Shape Of You.”

Indie R&B artist Shy Girls released his debut full-length album, Salt, on Jan. 20, following a 2013 EP and 2015 mixtape. Salt is an incredibly impressive album with some light pop influence that is almost entirely self-written, self-produced, and self-recorded, highlighting the unique and precise talent of Shy Girls. His distinct work is impressionistic and captivating, abruptly honest and unflinching, simplistically passionate, and tenderly intimate. Salt rises above the level of basic music to a specialized and rare echelon of true craft. 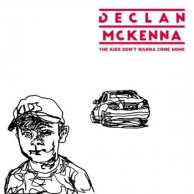 Dropped on Jan. 11, rising star Declan McKenna’s “The Kids Don’t Wanna Come Home” topped all other new releases this January.  It reaffirms McKenna as an undeniably talented songwriter and artist throughout its moving, thoughtful, complex, and emotionally charged lyrics. The track focuses on the exclusion that youth and others who are voiceless face from the political world stage, along with other major aspects and choices in life. In a statement with the song’s release, McKenna said that it was “about being a young person in the modern world. It’s about wanting to challenge fears and be a part of a movement of change, and looking for hope despite a lot of dark and horrible things happening around the world.” The track is definitely angry, but it also has some optimism and conviction sprinkled in it, seen by the track’s upbeat tempo while dealing with a serious concept. Though the kids may not want to come home, this song will likely hit home for many of them.