With April hosting major music festivals like Coachella and being only a couple months away from summer, it is a popular month for artists to debut new music. While there were a number of stellar new releases this April, here are the top five:

5) Memories… Do Not Open – The Chainsmokers

While mostly characterized by energizing, shallow themes, The Chainsmokers’s debut album has a few important messages. These deep messages, however, are backed by EDM beats rather than the typical soft melody that would be expected with such touching messages. “Our song-writing progressed and the music got more personal, and we started to feel like we had more to say. We were writing songs about ourselves and different things we were dealing with from past, present, and future,” the duo said via their Instagram. While many of the tracks’ similarity can unfortunately blur them together, reducing the quality of the overall work, the style is catchy enough to guarantee a successfulness that radio stations will jump on. The 12-song album, released on April 7, is comprised of both solo and feature tracks, and includes singles like “Paris,” “Something Just Like This,” and “The One.” 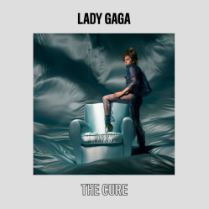 Mother Monster premiered her latest track, “The Cure,” live during her first set at the 2017 Coachella music festival on April 16. The song is an upbeat pop anthem with significant EDM influences about unconditional love so strong that it can heal wounds. Immediately before the live premiere of the track, Gaga told the crowd, “I love you guys so much. I have always been through so much in my life and I’ve seen so much, and you cure me every time with your love.” “The Cure” is the pop titan’s first release since her fifth studio album Joanne in October 2016.

The debut solo single from Harry Styles was released on April 7, and it is the lead single from his self-titled debut solo album, set to be released May 12. The slow-paced, pop rock track, which runs for an impressive five minutes and forty-one seconds, differs in style from One Direction music, drawing inspiration from a 1970s’ rock sound. The stunning, powerful vocals that Styles unleashes on the track sings a heart-wrenching message of shedding hard emotion and reality during times of great grief and pain. Styles gave a stellar performance of the song for the first time on live television on the April 15 episode of Saturday Night Live.

Halsey’s latest track, released April 4, is the lead single from her upcoming sophomore album hopeless fountain kingdom, scheduled for release on June 2. Like her debut album Badlands, hopeless fountain kingdom is a concept album, “a story of two people who want to be in love so badly they’re willing to change themselves for their love and in doing so, they let the real versions of themselves die,” she told to iHeartRadio. “The video for ‘Now Or Never’ is one part in the center of a long narrative that tells the story of two people in love despite the force trying to keep them apart,” Halsey said in a statement released with the music video. “On its own, the song is about two impatient young lovers, but in the context of the hopeless fountain kingdom universe, the stakes are much higher for these two star-crossed lovers,” she added. The alternative pop single is slow, tinged with indie R&B, and Halsey made her directorial debut working on the song’s music video.

1) Every Where is Some Where – K.Flay 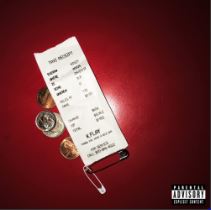 K.Flay’s newest album, which released on April 7, is her second studio album and her first album backed by a major record label. The set delves deeper into her signature sound, mixing alternative indie and rap, tinged with hip-hop. “Throughout our lives, we will come to find ourselves in a lot of different places, a lot of different rooms, a lot of different corners, a lot of different wheres. Those wheres will be unexpected. They will surprise us, scare us, change everything, change nothing, and break our hearts,” K.Flay wrote on Cuepoint when she announced the album release. “In writing this album, I thought a lot about the places that shape us, and how, in turn, we shape those places in our minds. As human beings living on earth right now, we find ourselves in a very particular where….and yet, every place, every where, is just some place, some where. It’s all arbitrary,” she added. “I think you can understand the fact of your own smallness in this world while still celebrating the very particular singularity of who you are and where you happen to stand. Look down at your feet and decide what that means…. Let’s make art and friends and purpose and be good to each other.”