November 6 marks opening night  at McNicholas for the fall play featuring the acts, “The Apple Tree,” and “Nothing is the End of the World.”

With the performance year rearranged, De Zarn would have had to direct two separate plays in the same season. For this round of plays however, “The Apple Tree” is directed by former theatre teacher Mrs. Jeanne Spurlock. Spurlock retired from McNicholas in June of 2010 and currently heads the Alumni Theatre group Paradise Players.  “The talent [Spurlock] brings is a blessing,” De Zarn said.

Director and theatre teacher De Zarn said, “Basically they are two one acts. “The Apple Tree” is a sweet musical about Adam and Eve, the original couple. The second act, “Nothing is the End of the World” is a more serious piece about two computerized students in high school in New York, a modern day “Adam and Eve.”

Junior Mitchell Hartwell said, “These changes give the theatre program a lot of new opportunities. For the past two years we had the honor of bringing a full length, main stage show to the Ohio State Thespian Conference. Because of this, we didn’t have a ton of time to focus on the individual events (IEs). The IEs are an extremely competitive event with many categories such as solo or duet acting, singing, dancing, etc. This year, we plan on spending more time to really be a contender in these Individual Events.”

Tickets will go on sale the week of Nov. 3 for $10 for students and seniors, and $12 all other patrons.

“Nothing is the End of the World” 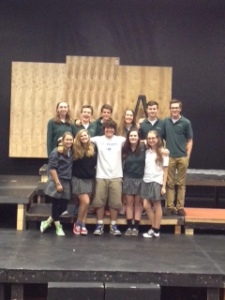 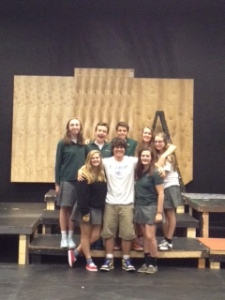 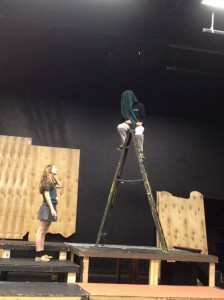