Made popular by Buzzfeed, entertainment quizzes have told us everything from which Friends character we are, which Harry Potter house we’re in, and what kind of dog breed we are. The Milestone has jumped on the bandwagon with our own style of quizzes, this one seeing if you’re more like Librarian Anne Jones or Assistant Librarian Jane Ray. 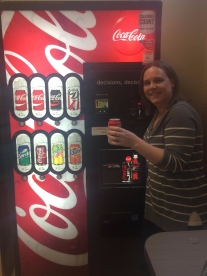 Librarian Anne Jones often finds herself busy, running around trying to get things done, but she would much rather be relaxing. She’s casual and doesn’t see herself as a high-end fashionista. She loves indulging in hot water, no matter if it’s refreshing in a hot tub, steamy bath, or scalding shower. She’s fairly reserved with people she doesn’t know, but opens up once she’s comfortable and gets to know them. She is hyper-organized, somewhat cautious, and she tends to take control of group efforts. Jones is creative, but prefers realistic fiction novels. She also loves music that features guitars. While she says “yuck!!” to tea or coffee, Jones has a borderline obsession with Coca-Cola – the real stuff, not vanilla, cherry, zero, or diet. Her biggest pet peeve is seeing people crack their knuckles, and she pronounces “gif” with a hard ‘g’ like graphic. 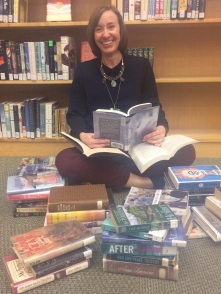 Ray
Library Assistant Jane Ray is devoted to books and libraries. Her favorite book genre is fantasy, where anything imaginable could happen, but she admits that her imagination and creativity has is limits. Ray is talkative and adventurous, with a limitless love of traveling and lifelong learning. She values cooperation when working in groups, and she listens to and follows the group direction. She may be formal, but she is not easily intimidated. Ray harbors a love of old-school rap and R&B, and her soda of choice is Diet Coke, but she loves tea and coffee too. Ray is also very fashion forward, especially with shoes and handbags, of which she probably has too many. Ray’s biggest nightmare would probably be a clown, wearing cargo pants, eating ketchup with his pet spider, as those are some of things she despises most. One of Ray’s most controversial positions is how she pronounces “gif” – with a hard ‘j’ like Jif Peanut Butter.

One thought on “Rocket Quiz: Milestone ‘reads’ your personality, see which librarian you are”