For the duration of their senior year, students are constantly asked, “So, what are you doing next year?” But, what if they don’t know? Should they go straight from high school to college, or should they allot some time to find themselves? They could take a gap year, or some students may find themselves wondering if they belong on a battlefield or at sea instead of in a classroom. The Milestone asked some seniors not attending a university next year about their decision to pursue a nontraditional route. 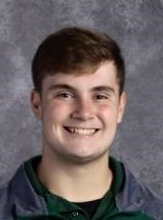 Baumgartner chose to enlist in the military, specifically the Army. He said he had been thinking about joining the Army for a long time and had many different reasons. “I’ve always wanted to go since I was younger, it’s a family thing…. A handful of my aunts and uncles have served and both of my grandfathers have served in the army,” Baumgartner said. His driving force for committing to the military was that “there is too much evil in the world to not do something about it,” he said. After his time in the Army, Baumgartner plans on attending Northern Kentucky University and major in athletic training. 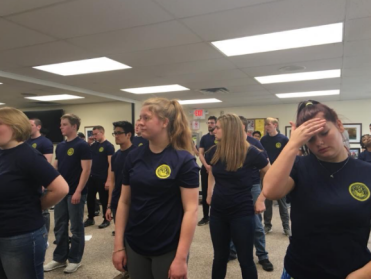 Rumple also decided to join the military, but in the Navy branch. “Back in November, I brought it up to my mom that I was worried about where I would end up and how I was going to pay for college,” Rumple said. “My mom said that enlisting in the navy was always an option for me, so I decided on that,” she said. To Rumple, the reasons were simple: “I can obtain an education for free, I can travel, I have healthcare, it provides a steady job, and I have life experiences as a direct result.” She plans on going to a state school afterwards, since the Navy will provide tuition assistance for her, and major in a nursing program. 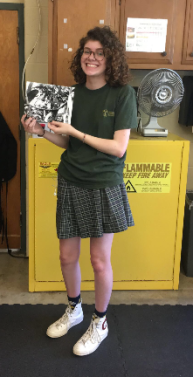 Savage chose to take a gap year in order to “regain motivation and discover what I want to pursue in college and afterwards as a career,” she said. “I’m exploring all my options.” Savage said that her older sister took a gap year so she always knew it was an option for her as well. “It’s not for everybody, but it’s for me because it’s an opportunity to save up for college and can help people discover themselves,” Savage said. She is looking to pursue a career in art but isn’t sure on which form or medium, and she is currently looking at Pacific Northwest College of Art as the largest contender after her gap year.