McNicholas is full of students with very diverse personalities from those who speak other languages fluently to those who have lived abroad.  For the 2015-2016 school year, there are nine international students in McNick from China and South Korea who all have different reasons for coming to the United States and McNicholas for their high school education.

Sehee Jang  decided to study in the United States because she wanted to experience different culture and meet new people.  She plans to attend college in the States also, and study international business and she would love to attend UCLA.

“The difference between Seoul and Cincinnati is that in Seoul it is very easy to get places because everything is all in one area, but in Cincinnati you definitely need a car,” Jang said.

Junior Jessica Sun came to the U.S. from China to learn a new culture and a new language.  She is currently planning on attending college in the U.S.  A big change for her between China and the U.S. was the food because the U.S. has a lot of fast food compared to China.

“My favorite part about McNick are the teachers and classmates because they are all so friendly and warm,” Sun said.

Senior Cenying Zhang is also from China.  She chose to travel to the U.S.  because she wanted to study in a different environment and because English is an international language, and she could improve her English.  She said that in China the students don’t have the option to choose their schedule and here everyone is taking different classes.

“Last year was my first year studying abroad, and at the time I didn’t really know any English, so it was hard for me to understand the teachers, but they were all understanding and they were willing to help,” Zhang said. 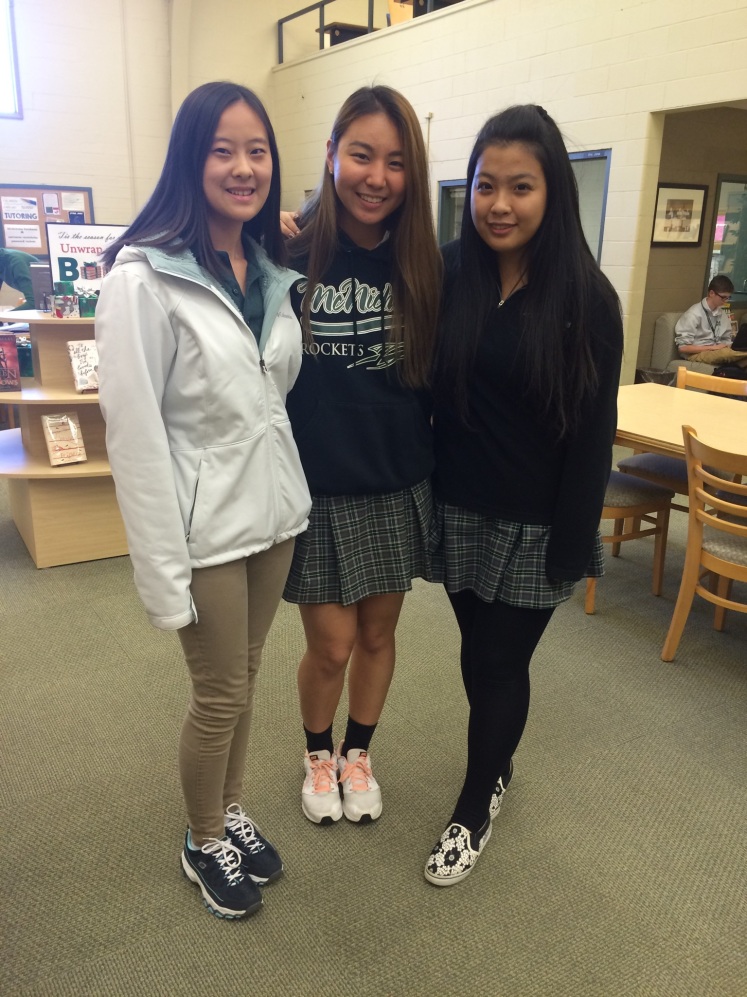